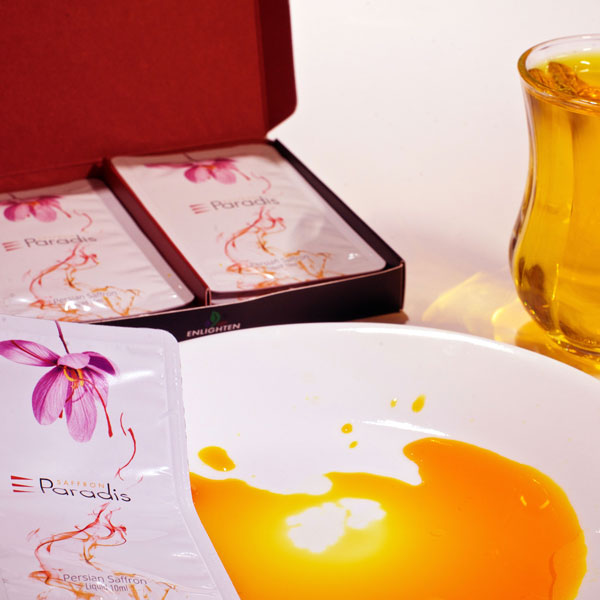 Does Saffron improve depression and mood? How?

Nowadays, most people around the world can enjoy saffron health benefits. Saffron is one of the most expensive spices in the world. And, not only is it so tasty, but it is also used as a traditional home remedy in ancient cultures such as Persian, Egyptian and Indian. Saffron is traditionally used as an appetite enhancer, antidepressant and anti-inflammatory agent.

There are many documentaries highlighting Saffron benefits as an antidepressant. Many studies show that saffron supplements are significantly more effective than some medications such as Fluoxetine (Prozac), Imipramine, and Citalopram when it comes to treating mild-to-moderate depression.

In addition, there are fewer proven side effects of saffron compared to the mentioned medications.

In this article, we will be overviewing topics such as mental health, compulsive overeating, and premenstrual syndrome (PMS) and discussing the saffron health benefits and its ability to treat or improve those conditions.

1.What is serotonin and how does it affect our mental health?

Serotonin is a crucial hormone that stabilizes our moods and emotions. This hormone affects your entire body by enabling brain cells and the nervous system to properly communicate with each other. Other health benefits of serotonin helps with memory, sleep, learning, appetite, digestion and some physiological reactions such as vomiting and vasoconstriction.

Serotonin is one of the factors that regulates anxiety, mood and overall happiness in our brains. According to some research, low levels of the chemical is linked with major depressive disorders as well as mild to moderate depression. Nevertheless, increased levels of serotonin have direct beneficial effects on behavior by lifting moods, subsequently bringing happiness. 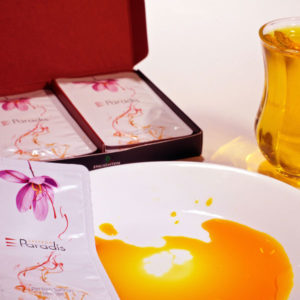 Saffron has high amounts of anti-oxidative carotenoids and vitamin B. It changes the levels of neurotransmitters such as dopamine, norepinephrine, and serotonin in the brain.

Saffron includes antioxidants that help clean free radicals in the body. They also protect brain cells from oxidative stress that causes many problems in people with mood disorders.

While it has been proposed that saffron increases serotonin levels in the brain, the exact mechanism of the action is unknown. More accurately, saffron extract might constrain serotonin reabsorption in synapses.

Crocin and safranal are two organic compounds and the main antioxidant components of saffron stigmas. Many saffron health benefits are due to the presence of these substances.

Research shows that both saffron petals and thread-like stigma amplifies the effects of selective serotonin reuptake inhibitors in treating patients with mild-to-moderate depression.

While the discoveries are positive and promising, prescribing saffron as an antidepressant requires further studies and clinical trials.

3.Can pregnant women use Saffron?

Due to its numerous medicinal properties, consuming small amounts of saffron in different stages of pregnancy is safe. According to ancient studies, pregnant women may benefit from consuming 125 mg of saffron twice a day. That helps relieve aches, pain, stress, and pregnancy discomforts.

However, despite the remarkable saffron benefits, there are also some negative effects. It can trigger contractions and cause premature delivery.

Research shows that high doses of saffron intake (5 grams or more) can cause toxic effects on pregnant women. As saffron tends to increase body heat, it may lead to uterine contractions. This may cause miscarriage during the early weeks of pregnancy. Therefore, pregnant women should avoid taking high doses of this herb at the first trimester. 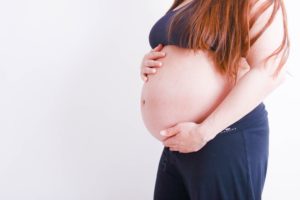 4.What is compulsive overeating?

Compulsive overeating is a common disorder that increases the risk of gaining undesirable weight. It is also known as binge eating. This disorder is marked by eating large amounts of food in a short amount of time. It often occurs as not being able to stop eating even after you are full.

5.Does saffron help with weight loss?

Managing appetite is one of the main saffron benefits that leads to weight loss. According to some studies, researchers suggested that saffron increases brain levels of serotonin and prevents compulsive overeating and therefore, preventing the associated weight gain. Another theory is that the reduction of your desire to eat between meals is a result of mood leveraging which is one of the many saffron health benefits.

6.What is Premenstrual syndrome (PMS)?

Premenstrual syndrome (PMS) is a very common condition. It affects a female’s life quality, physical health, emotions, and behavior during certain days of the menstrual cycle. It generally happens just before the menses. The exact reason behind this condition is not yet fully understood, but it most likely includes changes in hormones during this period.

Some common symptoms are:

Lifestyle changes and medications may reduce those symptoms. The premenstrual syndrome (PMS) affects more than 90 percent of menstruating women.

A number of recent clinical and experimental studies have mentioned the saffron health benefits in the treatment of mild to moderate depression. The serotonergic mechanism and antidepressant effect of saffron reduces PMS symptoms.

During a study conducted by Iranian researchers, 50 women who ranged in age from 20 to 45 took either saffron capsules or over the counter pills twice a day over two menstrual cycles. All of them had PMS symptoms such as fatigue, cramps, irritability and bloating.

At the end of the experimental period, three-quarters of the participants on saffron capsules reported a 50 percent reduction in their symptoms, while only 8 percent of those who took the pills experienced a similar result; the researchers report in the medical journal BJOG.

Saffron are incredible and expensive spices known for their remarkable aroma, taste and color.

It has connections with many health benefits. Weight loss, reduced symptoms of PMS, and lifted mood are just to name a few.

Saffron is easy to add to your diet while being tasteful and appetizing.

While there are a lot of trustworthy places to buy Saffron, there are also many fake Saffron being promoted online. Thus, be extra careful when making a purchase.

There are different factors to consider before buying Saffron. The size of the thread, being organically harvested, and having no white crumbs are just to name a few to watch out for.  These factors increase the overall Saffron benefits so it is important to keep that in mind.

Persian Saffron comes in many different qualities, and it is safe to say that it is one of the best Saffron in the world.

We recommend Pardis Saffron, the best Persian saffron with a bright red color and an unbelievable aroma. Pardis Saffron is premium-quality Grade One Saffron that is harvested from the best sources available in the world.

You can certainly trust this brand when purchasing Saffron to put in your kitchen this time, since the quality is assured. Sit back, relax, and enjoy the numerous benefits that this incredible herb includes.

If you want to buy an pardis saffron with the best quality, do it now.